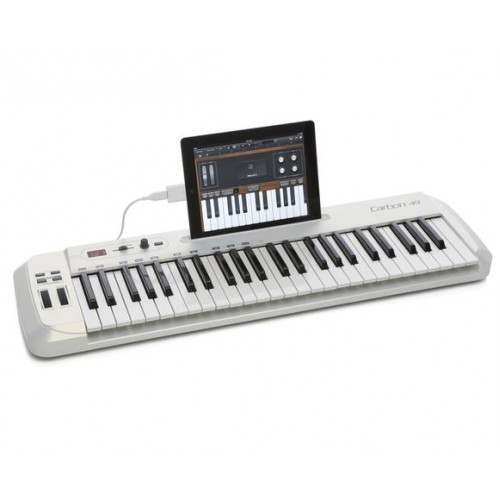 The Samson Carbon® 49 USB MIDI Controller makes musical performance and production accessible to everyone. For seasoned musicians and young creators alike, the Carbon 49 offers versatile, easy-to-use features in a compact, lightweight controller that’s well-suited for the stage and studio.

Check out reviews of the Carbon 49

Watch the Carbon 49 in the streets of New York City 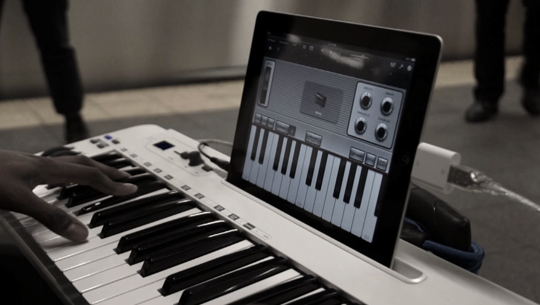 Watch the Carbon 49 in the streets of Los Angeles,California 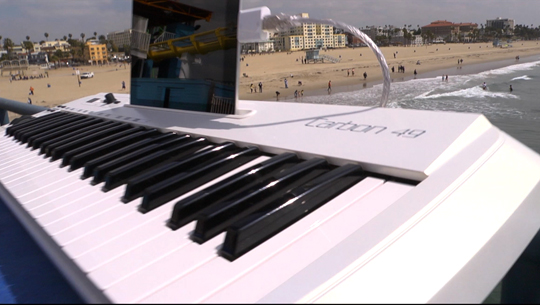 The Carbon 49's semi-weighted keyboard provides musicians with a responsive and expressive platform that is designed to feel more like an instrument than a controller. It comes equipped with velocity-sensitive keys that accurately capture the dynamics of a performance. With 49 keys, the Carbon 49's pitch range is perfect for performing, while remaining highly portable.

With dedicated Transpose and Octave buttons, you can change the key of any given instrument, as well as expand the keyboard to a full 4-octave range, without using any sub menus or shift keys. With all of these comprehensive features, not to mention Pitch Bend and Modulation wheels, the Carbon 49 puts a wide range of musical expression and tone manipulation at your fingertips. 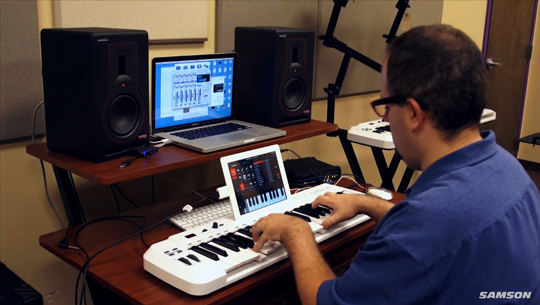 Take control of your music software with the Carbon 49's assignable Data encoder and Volume slider. For easy editing, players can use the Edit key to adjust up to 14 performance-related control parameters. Also, the Carbon 49's 3-digit, 7-segement LED displays the behavior of every function in real-time. For added versatility, the Carbon 49 includes traditional MIDI Out, Sustain pedal input and USB connections.

Designed with the iPad in mind, the Carbon 49 features an integrated iPad slot. When combined with the iPad using Apple's iPad Camera Connection Kit or Lightning to USB Camera Adapter, the Carbon 49 is a great tool for making music on-the-go. Use it with your favorite music and synth iPad apps that support MIDI controllers, and for additional mobility, the Carbon 49 can be directly powered by the iPad. Bundled with the Carbon 49, Native Instruments' Komplete Elements software offers a comprehensive selection of studio-quality sounds, effects and tools for modern music production, composition and sound design. With over 3GB of samples, Komplete Elements provides you with more than 1,000 premium sounds and three mighty player engines – all carefully compiled to provide a strong toolkit for both stage and studio.

With the Samson Carbon® 49 USB MIDI Controller, it's never been easier to get the most out of your music software.